A call for comments on Twitter this week to find out what health tech professionals want or need the most from management and leaders, in terms of support, services and provisions, received a very interesting response, so HTN decided to take a closer look.

An NHSX Director asked his followers, “If the “centre” could provide you with anything – people, platforms, standards, templates…what would you most want? What, from your perspective, does it make sense to do nationally?”

The post had received well over a 100 replies at last count, with a wide range of themes and topics brought to the table for debate and discussion – from interoperability standards, to more training, changes in process, better sharing of data, and a more transparent procurement policy.

Dear NHS tech and digital colleagues. If “the centre” could provide you with anything – people, platforms, standards, templates (don’t say money) – what would you most want? What, from your perspective, does it make sense to do nationally?

A number of respondents called out for decision-makers to learn about about their needs and experiences in person.

One Twitter user replied, “A two-way channel for regular communication? Come see us on the frontline! Shadowing us will likely show you what you need to know about what’s needed for effecting meaningful change.”

“I’d second this,” added another. “Come see suppliers and understand how we work and our resources.”

Others felt this should also be a regular occurrence, rather than a one-off, stating: “My ask would be for all people at ‘the centre’ to spend time shadowing on the frontline, at least every month.”

While one user agreed that “before they write standards or policies”, those in management should “spend time experiencing frontline digital transformation.”

But this wasn’t simply a wish on the part of service providers, as another commentator spotted the need for this to extend to developers, too: “An ear to listen to developers. Need to move from just top down process and include bottom-up views/needs. We have a lot of experience at different levels, listen to it rather than reinventing the wheel.”

Some health tech and digital professionals also wanted wider change, with one questioning, “If this had been asked 5 years ago would the responses have been different? It’s the repetition that kills you! The health system is complex. There’s no magic wand.”

Another comment urged, “do something different to what’s gone before. I don’t care what it is. Its [sic] the repetition that kills you in the end.”

There were also a number of replies that expressed a need to focus on the basics first, with one respondent saying, “I’d just like the tech we have to work”. Another stated: “Fix clinically urgent problems first”.

“The biggest amount of money needs to be spent on the simplest of things. Devices that work, single sign on, intuitive and interoperable systems, comprehensive nationally comparable data and improved digital literacy across the board for starters,” said another reply.

There was also much discussion relating to standards and interoperability, with suggestions such as: “Make it easy to copy best practice. Mandate Open Standards and Open source. Develop once, use many.”

Another also asked “The Centre” to “understand what it can do and what it can’t. E.g Interoperability standards cannot be defined centrally. Any complex adaptive problems need solutions co-produced by all that share them.”

There were also mentions of the need for “Clear Standards [sic] and NHS Digital delivered training for developers on how to use them [as well as] best practice policy templates.”

While a respondent called for, “standards endorsement” but one that was “not necessarily created by the centre. Standards can only be centrally specified in a heavily regulated environment – which NHS is not.

“Even then,” they added, “the standards are usually built on top of grass roots emergent standards and correlations”. They asked for “lots and lots of guidance, pre-defined descriptions, template text for contracts / specifications, and clear publicity and communication about why those standards are being endorsed.”

However, one person also noted that: “we have standard [s] coming out of our ears. What we need are *teeth*, to stop work that will do harm being put live.”

In a similar vein, a number of replies mentioned the need for better connected services.

One user said: “Having a connected digital deployment strategy… e.g. to avoid a 20 mile round trip to have blood tests in a hosp [sic] that is connected to patient’s consultant (who’d otherwise have to do IT contortions to access same blood test results done via GP 5 minutes from where they live).

“In other words designing a system that is actually patient centred.”

“Another thing I’d ask for,” they continued in another post, “is a connected national plan for digital pathology- if there is one I’ve not found it… lots of good stuff going on but what’s the national plan to ensure that all patients around country can benefit from this technology.”

There were a host of interesting ideas, including: “A national patient timeline API so you know the status of each item on a timeline no matter where the patient is… ie ‘waiting for MRI scan’.”

Another suggestion was for “mandated deep integration between platforms” – but another user pointed out that while “this would be great, unquestionably” but, at the moment noted, “we can’t even transfer patient records between 3 or 4 different clinical systems.”

Transparency, clarity and the need to simplify processes were also recurrent in the replies.

As one respondent put: “Open and transparent procurement processes, policies, and payment models which are purposefully designed to fit different models of tech and service innovation. The reduction of barriers to integration with make capturing the value from innovations difficult.”

Others also touched on this, asking for “data to be seen by all of us”. While some focused instead on the “time from 1st conversation to procurement” being “too long. It kills start ups. We need fewer committees, fewer stakeholders.”

And, finally, one reply also honed in on the need for more skilled people, stating the: “There’s a talent war going on (here in Wales and across the UK) so NHS Tech / Digital needs to find and hire the very best.”

There’s certainly plenty of food for thought from these replies. For more discussion on the challenges facing the health tech sector, you can also read our latest Industry View article.

Note: comments correct at the time of writing. This article is not meant to be representative of NHS views. Names and handles kept anonymous for privacy. 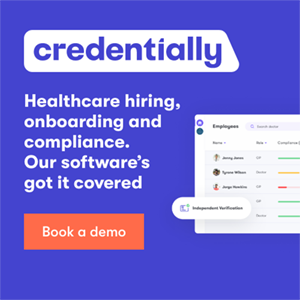